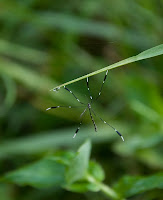 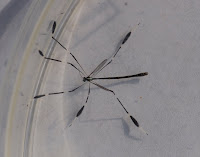 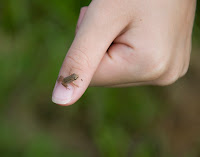 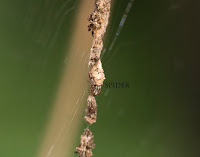 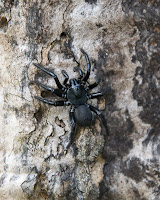 This huge black spider caused quite a bit of excitement when he ran across the grass during one of our classes. That is one of the interesting things about science camp, you never know what will happen! :) I caught him in a jar and put him on a tree so I could get a better photo of him! The kids said he looked like a small black tarantula!
Posted by Kris Light at 9:25 PM

Owls have always been a favorite of mine and this one is a real beauty. Sounds like you had an interesting week with the kids.